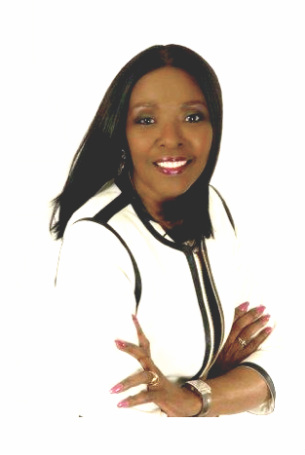 Bonita Savage, formally Bonita Byrd,  is married to her wonderful husband, Thomas G. Savage, Sr.  He is the Pastor of Agape Free Will Outreach Ministries in Baltimore, MD.  They have, between them, five children and four grandchildren.  They both love the Lord.  He ministers through preaching and teaching and Bonita by teaching, ministering to young women and song.  They have a great congregation and they enjoy their ministries.

Bonita loves creativity:  writing, singing, sewing, designing clothes, home decorating and home repairs.  She hangs chandeliers, light fixtures and ceiling fans,  lays ceramic tiles (walls and floors), small cement jobs and any other small repairs around the house.  She does the repairs not only because they have to be done, but because she loves the tasks.  Bonita’s serious illnesses sometimes hinder her progress, but she  presses her way through.  She wanted so much for her mother to be here for this milestone in her life.   Unfortunately,  she passed August 2013.  Her mother co-wrote a song with Bonita and will debut sometime in the near future. Now, at the age of sixty, she is able and willing to share her songs with the world.